The answer is yes since they’re less than 20 bucks, I had the chance to test several of them.

Here’s the result of my camping lantern reviews.

With 20 bucks in hand, what will you get?

If you want the cheapest and compact camping lantern as well as emergency lantern. Get the Vont Collapsible Camping Lantern (140 lumens) .

If you want small, globe-like packable and kid-like lantern. Get the Black Diamond Moji Lantern (100 lumens) and the LE (Lighting Ever) rechargeable camping lantern (260 lumens).

If you want best solar camping lantern with innovative design and waterproof IPX6. Get the LuminAID Packlite Terra Solar Inflatable Camping Lantern (75 lumens) And The Luci Outdoor 2.0 by MPOWER.

If you want the longest runtime that shines bright. Get the AYL Starlight 600 Lumens Ultra Bright LED Lantern (300 lumens).

If you want the brightest you can get plus the warm light mode. Get the LE (Lighting Ever) 1000 Lumen Led Camping Lantern (1000 lumens).

Note that with 20 bucks in hand, what you get are mostly pocket camping lanterns with lumens under 300.

Most of them are small, lightweight, super suitable for backpacking, camping and power failure. And yes, there are solar as well as rechargeable camping lanterns in this list.

However, each I reviewed has its unique feature, don’t miss if you can give them a blink of an eye.

Globe-like design makes Black Diamond Moji. This is a best camping lantern kid-friendly. I had to buy several of them as a gift after camping with my friends’ family, kids love them.

Not just because of the smooth design that we let them hold but the light adjustment feature. 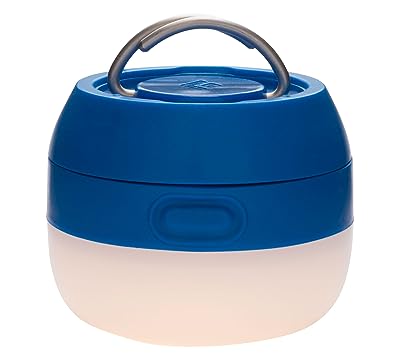 Buy It at Amazon

Most of low price camping lanterns have modes of lighting (number depends, they will be high, low or flash strobe).

The Black Diamond Moji isn’t one of them. You can dim the light with one simple action on a button.

Moreover, the frosted globe provides us bright, warm and ambient light (100 lumens). So, the light rises and sets, like the moon. That’s why I and the kids love them.

Another point to make it the best cheap camping lantern is the memory feature, it remembers the brightness level where you turn it off and on again. Since it’s a globe it has a loop to hang wherever you want.

The LE (Lighting Ever) is also the baseball-size globe-like led camping lantern like the Black Diamond Moji.

What makes The LE different?

What makes The LE the best pocket camping lantern under 20 bucks? It’s USB rechargeable with 3000 mAh internal battery, take 5 to 6 hours to be fully charged. 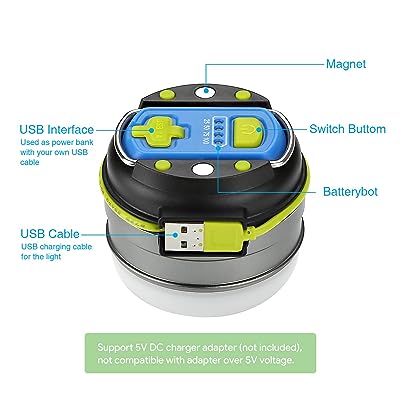 The Light The LE is also brighter with 280-lumen brightness, 140 lumens brightness and 260 lumen SOS mode, which can last about 5 hours, 11 hours and 10 hours. You can hang it like with the Black Diamond Moji, plus you can attach it to metal surface since it has 2 magnets on the base.

What I don’t like about The LE is that the internal battery is irreplaceable. And because of the external USB plug, I doubt it is as water-resistant as the camping lantern above even the specification says it’s IPX 4. Moisture is okay, winter camping tested, but water splash is a big no.

Still, I’m very satisfied with this rechargeable camping lantern when 20 bucks are in my hand. And no, I don’t make it power bank for my phone. If you’d like that, spend more bucks with LuminAID PackLite 2-in-1 Phone Charger Lanterns.

LuminAid was invented after realizing the basic human need of light after Haiti Earthquake. Durable, dustproof and waterproof (IPX 6) with 75 max lumen make it a reliable light source in camping, power outage and emergency situation. 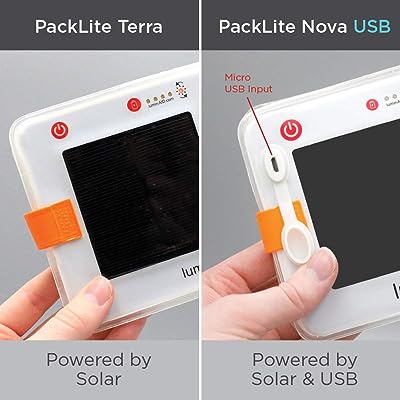 No need for battery since it’s solar charged (note: irreplaceable internal battery without usb charges), put it under direct sun for 10 hours or longer. 5 brightness mode and can light up for up to 24 hours depend on the light mode. The LuminAid Packlite Terra is super lightweight, kids love to let them float on water.

Although LuminAid Packlite Terra is a great compact and portable for backpackers, with no USB charges and long time in the sun charging, it’s not my best choice.

I agree that under 20 bucks, it’s the best. But, spend a few more bucks you’ll get longer runtime, more light modes and usb-charged LuminAid such as The LuminAid Nova and the LuminAid spectra line. 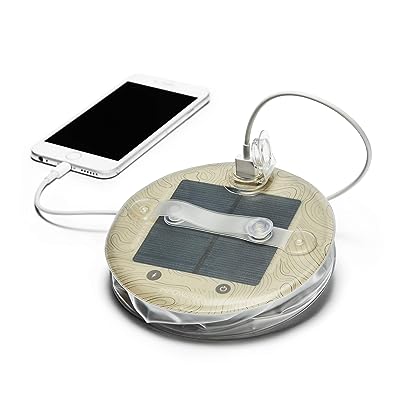 With a few more bucks, you’ll get the phone charger line (you can charge your phone through usb port by solar power) with much cheaper price than the LuminAID I referred above. That was why I got one and had to return it since the phone charging feature didn’t work for me. I guess I got what I paid for.

I heard people talked about Vont collapsible camping led lantern. I gave it a try and immediately knew why.

Second, Vont Camping lantern is also a collapsible lantern, but, unlike The LuminAid, you don’t have to blow, all you need to do is pulling up the handle. Adjusting brightness by collapsing and decollapsing. No button, no fumbling in the dark for switch or button.

Third, It provides 140 lumens light, enough for you to walk around the camp without another source of light.

Finally, It’s also pretty light and small. It’s not as packable as the products I reviewed above but in exchange, you’d get the brighter, cheaper one. 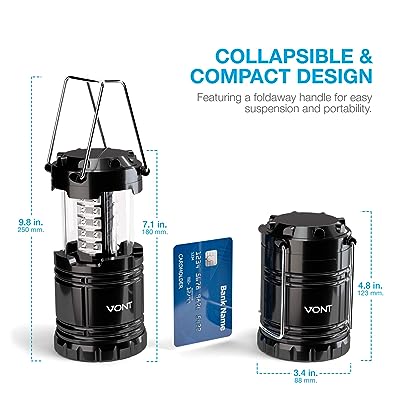 Vont camping lantern runs on battery so no need to remember to put it under the sun. Runtime is up to 12 hours.

In my under 20$ series, AYL Starlight Led Lantern runtime is the longest with 300 lumen max light, one and a half day with brightest mode and about 4 day with lowest mode. 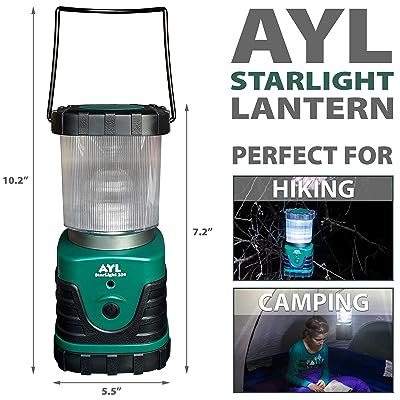 AYL Starlight Led Lantern is not rechargeable but you can use 3AA rechargeable batteries in D cell adapters, runtime is almost the same.

Aside from providing the longest runtime with 300 lumen light. AYL is not much outstanding compared to the others (3 lightning mode, waterproof IPX4, runs on battery).

I said in the beginning that with less than 20 bucks in hand, most lanterns you get would provide under 300 lumen light. That’s not the case with LE 1000 lumen led camping lantern. 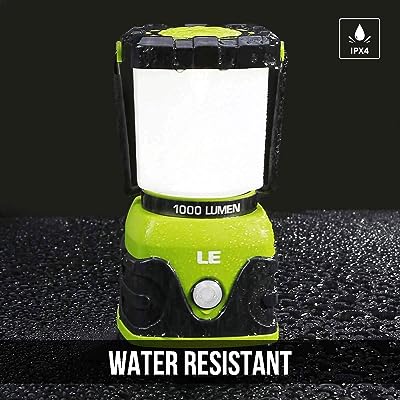 As the headline says, it provides 1000 lumens light. And, that’s not all, if you think The Vont and The AYL’s light is not comforting. LE 1000 Lumen has warm light mode (300 lumens). This feature of LE 1000 Lumen is what I appreciate most since I love the cozy feeling with a book in the camp tent.

Runtime is up to 25 hours, waterproof IPX4, runs on battery.