Li-ion battery has become the most popular type of batteries used in electronic devices like smartphones and laptops.

Many people believe that we can protect the lifespan of this battery just by avoid charging overnight. That’s true, but not enough.

Have you known how to charge your 18650  li-ion battery in a proper way? Let’s look through the following tips to see if you got enough knowledge.

Contents show
1. Charge your device partially in a short time period:
2. Plug in charger when the capacity is notified to run out:
3. Turn off the device so that charging process can be faster:
4. Choose the right charger:
5. Charge your device at cool temperature:

1. Charge your device partially in a short time period:

Most of us have the same mistakes:

All of the above charging habits are actually extremely harmful to your battery life.

First of all, “too much” of everything is bad. The same happens to li-ion battery when it continues to be charged after being full. Some researchers found out that when your battery reaches 100%, the charger will have to remain a small constant current to prevent the capacity from declining while being charged. This will force the battery to move constantly between “receive” and “release” energy, putting a huge pressure on it.

Secondly, it was proved that li-ion batteries aren’t suitable for fully charge. Instead, you can charge it any time, anywhere you want. You are even prefered to charge partially in short periods of time, like 10-30 mins.

Thirdly, electronic experts suggested us charge our device in different times of a day instead of continuously charge until the battery is full. Many people are too busy to follow this rule, so they just charge once a day. But you just need to spend some time on this, you will see it’s effective.

2. Plug in charger when the capacity is notified to run out:

Normally, most laptops and smartphones will have notification when the battery goes down under 20%. You should immediately charge your device after seeing this notification. A lot of people continue using their batteries until it’s totally run out of capacity. This will definitely damage the battery lifespan.

In fact, to protect your battery, you had better avoid remaining it in “weak” condition for a long time. Of course, this might be difficult if you are hanging out with your friends and the battery suddenly runs out.

In that case, if your battery only has under 10% of capacity left, you should turn off the power immediately, and wait until it can be charged.

3. Turn off the device so that charging process can be faster:

Many people, especially young generations, have a habit to use their phones while they are being charged. This will force your battery to work between “power in” and “power out” modes, extending the charging time and more importantly, it’s not good for your battery.

Playing games or using applications during the charging process may even make your device exploded since its temperature tends to highly increase.

Even if you don’t use your device and just let it there with the charger, your battery will still release some power while being charged due to several updating activities.

Therefore, you should turn of your device’s power or set it in Flight mode to limit unnecessary updates on wifi or 3G so your battery can focus on only charging.

Technically, you should only use the charger that was manufactured for your device model. They are usually sold in the same box with your device. In case you have used your original charger for a long time and it’s been lost or broken up, you can buy a new one which is the same or at least similar to the previous one. 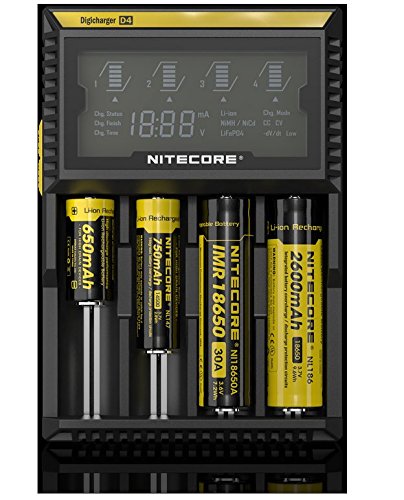 Besides, you might be awared that sometimes your device is charged faster than usual when using different charger. Well, this seems to be more convenient, but that’s quite harmful to your battery.

Because some chargers have higher constant current (or constant voltage), they will be able to accelerate the charging process, but at the same time put pressure on your battery. Therefore, try to choose a suitable charger to work with your device!

5. Charge your device at cool temperature:

Temperature is also very important in protecting batteries’ life. Whether it is too hot or too cold, it can still affect your batteries.

Researches have shown that batteries used between 250C – 300C will be able to remain 85% of its capacity after 1 year, even if you often charge it from 0% to 100% (of course the capacity will be even more if you follow the “partial charge” rule).

On the other hand, if your battery is usually put in 400C, it will only get about 65% capacity left after 1 year. If the temperature is up to 600C, your battery will quickly reduce its capacity to 65% after only 3 months.

That’s why you should always pay attention to the temperature around your electronic device. Never use it when charging or put it on your car under the sunshine, also don’t put it under your pillows to charge at night. All of those will put your battery on a heat and that’s not good for a long time.